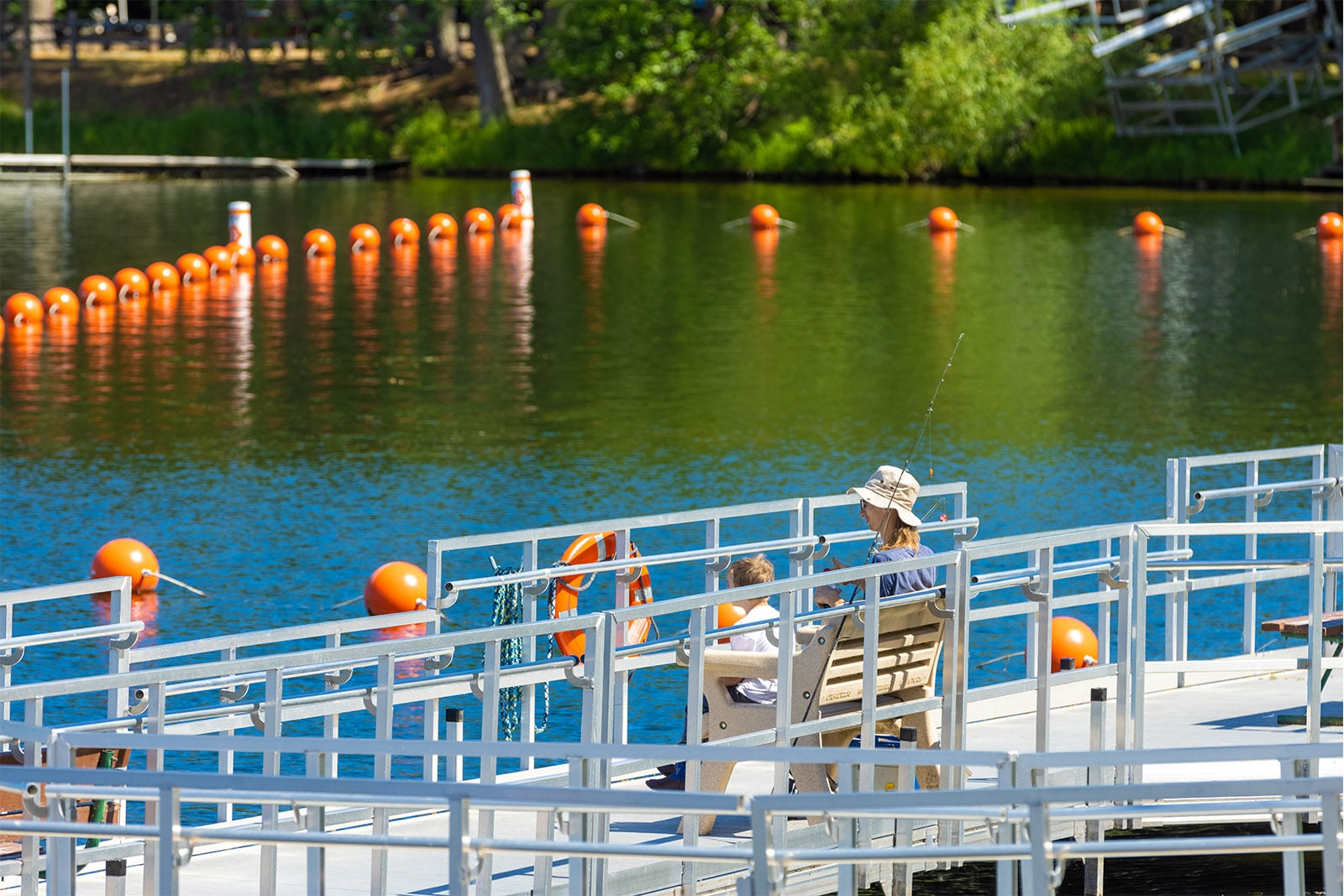 Hook Into Our History

One whopper of a good story

People have been enjoying our lakes for as long as there’s been people and lakes. But you can thank a nearly 150-year-old dam for creating the Whitefish Chain. It’s a good story. Wanna hear it? Read on.

How the Chain got its name

There’s more to the story than you might suspect

It seems like a no-brainer: The Whitefish Chain was called the Whitefish Chain because it has a lot of whitefish swimming in it. And it’s true, Whitefish Lake was named for the fish that live so abundantly in the water. But that’s not all there is to the story. Not at all.

In the early 1800s, the Whitefish Chain was not well known. Only the American Indians and the trappers and traders knew the area. Fur trading was big at the time, as European trade goods were brought west and traded to American Indians in exchange for furs. The Northwest Company was king in the fur trade for many years, and had a temporary trading post set up on the north shore of Whitefish Lake, near Arrowhead Lake, which was built in 1801. Historical accounts from explorers say that the post later burned down.

It was these trappers who guided explorers through Minnesota as they mapped the area and its waterways. The area was explored by famous explorers like Zebulon Pike, Aitkin and Morrison. You may recognize the latter two as the namesake for the area’s neighboring counties.

However, it’s the American Indian tribes — not the explorers or trappers — who we have to thank for the name of not just Whitefish Lake, but the whole Whitefish Chain. The Native name was “Kadikumagokag,” or “Lake Where There are Many Whitefish.” Joseph Nicollet, a French astronomer and American immigrant, is who we can thank for passing the name along, as he was the first to record it.

The story is that Nicollet, led by Ojibwe guides, journeyed north from Upper Hay Lake to Upper Whitefish, camping near the mouth of the Pine River. On August 14, 1836, Nicollet recorded acres of water lilies and his delight at watching the northern lights from camp. He later passed through Rush Lake and Cross Lake, continuing his journey through the Whitefish Chain and recording its name for posterity.

Information for this post came from “A Taste of History,” a compilation of area history by the Crosslake Historical Society. The comprehensive, fascinating book is available from Judy’s House of Gifts in Crosslake, and the perfect library addition for anyone who loves the Whitefish Chain.

Hoof it to the Whitefish Chain!

Ready to play the Whitefish way? Then giddy up north and go buck wild exploring the great outdoors without spending a lot of doe.